FTTP on Demand Costs Are Still Killing The Technology

FTTP has been marketed as somewhat of a panacea for businesses; it's a fibre connection at an affordable cost. Let's face it who wouldn't want high-speed, fibre internet access, for less than £100/month?

So when FTTP on Demand was launched it should have been an enormous step forward in the adoption of fibre access in the UK, instead FTTP has led a troubled past, the three significant drawbacks of FTTP on Demand have been:

Openreach announced on 30th October 2017 that from February 2018, the fixed connection charge for FTTP on Demand will be decreased from £750 (excluding VAT) to £92 (excluding VAT) for a 330 Mbps download/30 Mbps upload service. Furthermore, the distance-based fee will be replaced by a build charge. Openreach provides estimates of build charges on a case-by-case basis.

Now, in March 2018, that sounds like great news, especially if you are considering a shift to fibre broadband. Install costs should now be affordable... right? After all the giant UK network operator Openreach has spoken. So we thought we'd test how the theory works in practice, and this is what we found.

FTTP on Demand has a build cost, this is the charge that Openreach quote to dig the fibre infrastructure to deliver your service. We compared 24 of the locations we asked Openreach to survey in March 2018 to get an overview of current build costs: 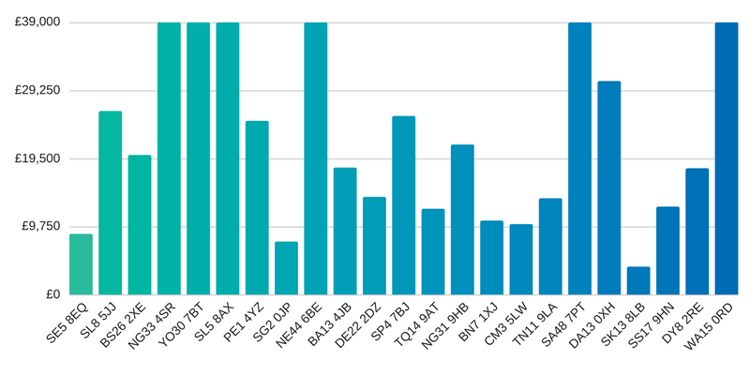 You can see that the build costs are still very high. The costs range from an eye watering £39,000 to a low of £4,000. The average cost over the sample set was £22,300. These must be bad locations, I hear you say. The further the build the higher the costs... right? Well no, not quite!

To gain a better understanding of the build costs quoted by Openreach, we analysed just how far Openreach would have to build to deliver the service (in metres). 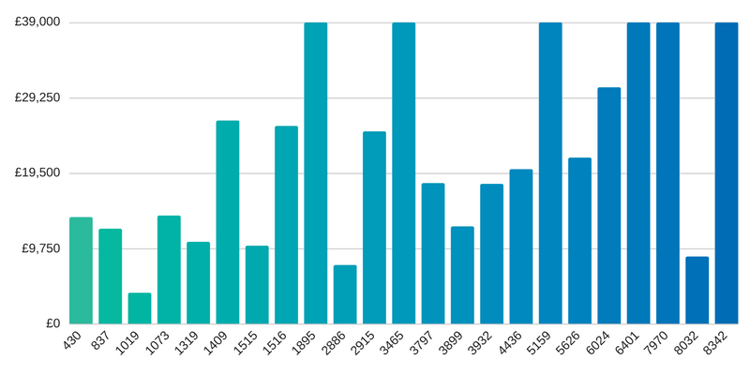 I'm a simple logical guy. I assumed that the longer Openreach need to build, the higher the build cost will be. After all, more construction costs more money. That's not what we found. The lowest build cost of £4,000 correlates with one of the locations that have the longest distance of 8032m. Co-incidentally, one of the shorter builds of 1895m, produced one of the highest build costs at £39,000. Confused? So are we! 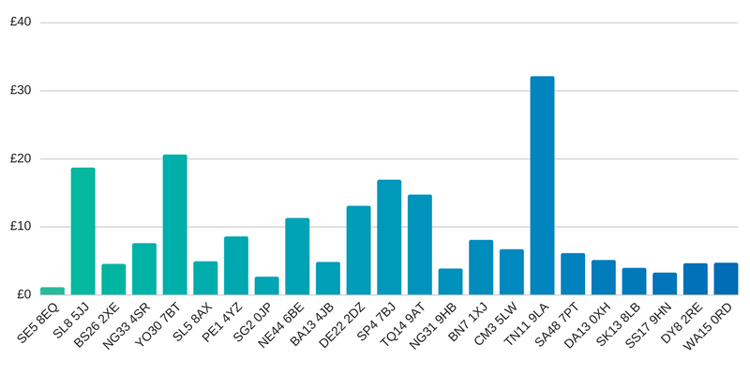 Openreach keeps telling you to look beyond installation fees because FTTP on Demand is cost-effective over a more extended period. Does it? To ascertain this, we calculated the total cost of ownership for FTTP and compared it to a fibre leased line. 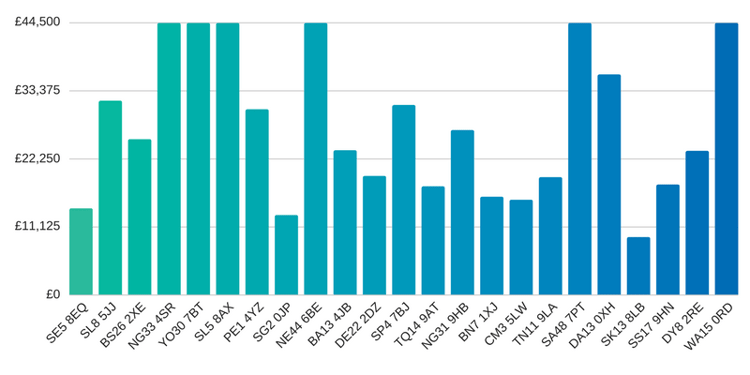 Most businesses look at their fibre broadband costs on a monthly rental basis. Nearly all leased lines are quoted in this manner. We converted the total cost of ownership into monthly cost of ownership, based on a 36 month FTTP term. 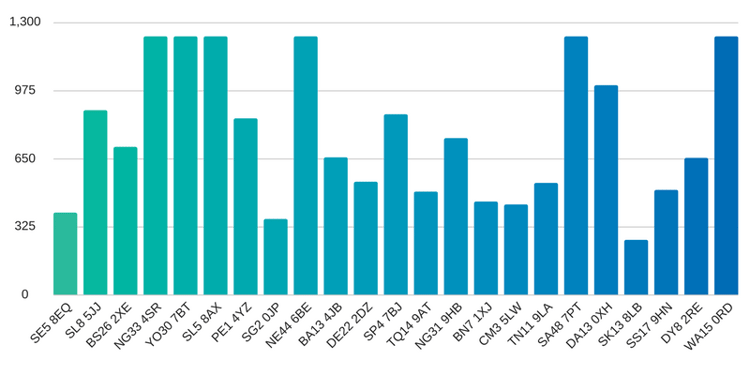 FTTP on Demand costs between £261.11 - £1233.33/month over a 36 month period. That surprised us. Especially given the fact that we are now in March 2018 and Openreach have implemented their cost reductions. It surprised us so much that we thought we'd compare these costs with the cost of a 100Mbps leased line on a 100Mbps bearer, with the added benefit of dedicated bandwidth, and a strong SLA.

I can't believe I'm writing this, but these are the savings, yes savings, you could make if you chose to install a fibre 100 Mb leased line instead of an FTTP on Demand service. 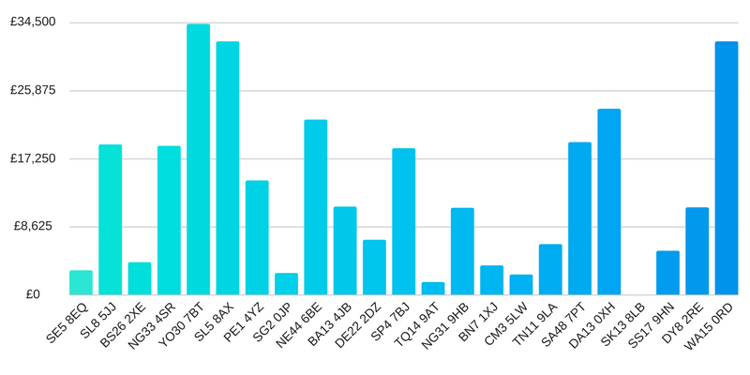 Of the locations, we analysed only 1 location worked out to be cheaper for FTTP on Demand. When you consider that FTTP on Demand speeds aren't guaranteed, (a typical FTTP (GPON) splitter node will have room for 32 FTTP connections. In a worst-case scenario, if a splitter is at capacity and everyone is on a 330/30 service, then speeds can drop to as low as 75 Mbps if all 32 users maxed out their line simultaneously - unlikely but not impossible. The GPON backhaul (trunk) fibre link from the splitter to the exchange only supports a maximum speed of 2.4 GB/s, i.e. 2400/32 = 75Mbps)

And, the FTTP SLA is far inferior to that of a leased line. Do you start to wonder why anyone would even consider buying FTTP on Demand?

With no current signs of change in installation costs from Openreach, you can see why FTTP still isn't the panacea it's marketed to be. Even with subsidies such as the Gigabit Broadband Voucher Scheme, the initial connection cost of FTTP is killing the technology, and FTTP adoption will be playing catch-up until this changes.

Choosing the right type of connection to suit your...

What are the advantages and disadvantages of FTTP?

In this article we will cover what FTTP is, the ad...