It’s the perfect juxtaposition. When the famous old locomotive leaves the station, the most advanced, lightning speed broadband connectivity will be ushered in.

Nene Valley Railway, the UK’s leading international steam attraction, is steeped in rich history. But as the living heritage railway looks to the future, it’s the latest fibre optic technology it’ll be turning to.

Tended to by its loyal band of volunteers, Nene Valley Railway is an ever-popular attraction that’s visited throughout the year by scores of express aficionados and curious day-trippers alike.

With the chance to experience the thrill of riding a steam engine, learn about the railway’s marvellous history, and explore the stunning surroundings, it’s no wonder the historic destination never wanes in popularity – especially when you add the unique opportunity to see the record-breaking ‘Special Scotch Express’ into the mix...

And with modern demand comes the necessity for more capable resources. Currently, Nene Valley Railway is relying on copper ADSL connectivity to shoulder its online activity; a 10km line-side connection that runs alongside the track and delivers around 8Mb. Suffice to say, it’s no longer suffice.

Much like Flying Scotsman’s progression from steam- to diesel-powered during British Railways’ 1950s commitment to dieselisation, the team keeping Nene Valley Railway in motion recognises that a substantial communications network upgrade is required to keep up with demand.

The developing needs of Nene Valley Railway’s day-to-day operations include enough broadband connectivity to support mail and web hosting services, remote access to the network for staff, and a considerable amount of traffic passing through a Windows server. 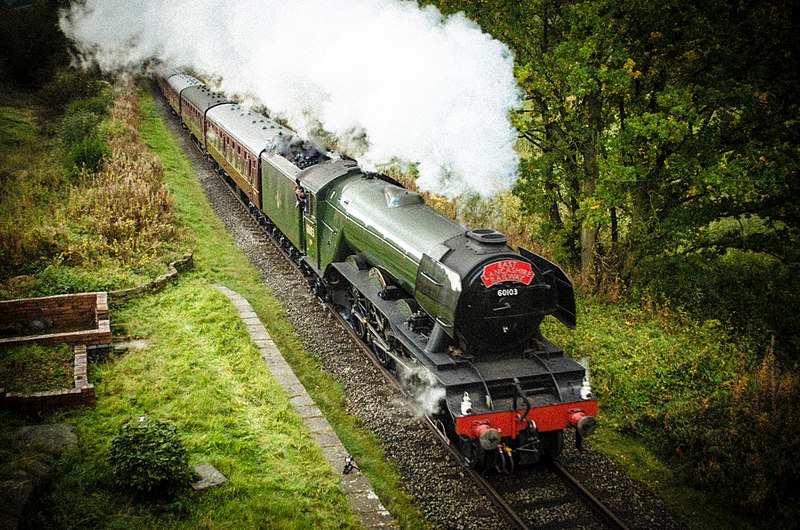 From understanding the Railway’s network requirements, which also includes the need for a connection powerful and reliable enough to support the running of payment machines, it became clear fibre to the premises was the right choice.

With such a robust, high-speed connection, not only will Nene Valley have more than enough steam to keep the cogs turning, but the Railway will also be set for any developments and expansion. A VoIP system is already on the table for future consideration, and the new FTTP connection will be capable of seamlessly running any of the latest voice technology options Nene Valley wants to consider.

The FTTP installation is planned to start in October, soon after Flying Scotsman visits on 28–30 September.