Nobody likes to feel stuck. It’s no fun to feel like you’re being nudged towards making a choice. But that’s exactly how lots of free Dropbox users are feeling.

Back in March, Dropbox announced that Basic plan users would only be able to link up to three devices. Three might initially sound like enough, but they quickly stack up. Your laptop at home, desktop at work and the phone app. That’s your three already.

There’s some reprieve for existing users. If you already have more than three devices linked up you can keep them that way. Need to change one? Tough luck, you’ll need to upgrade your plan to add a new one.

Then there’s the paltry storage size. The free Dropbox plan comes with 2GB of storage space. If you’re just using it to save text files, that’ll go far. Uploading photos from every event you’ve been to in the last year? You’ll hit that limit faster than you’d imagine.

The free Dropbox plan sounds great at first. Then it becomes limiting very quickly. And limits are frustrating. The only way to free yourself is to upgrade to a paid plan.

How much do Dropbox’s plans cost?

Speaking of paid Dropbox plans, these were hit with a price hike in July. Dropbox’s Plus plan is now £9.99 per month on a rolling plan. You can save £2 a month with an annual plan, but that’s a big upfront cost for casual users.

With the Plus plan, you get a huge bump in storage space – up to 2TB from 2GB. That’s 1000x more storage space. Let that sink in. You also unlock security features, like remote device wipe and Dropbox Rewind. This nifty feature lets you rollback your files if you’re unlucky enough to be a victim of ransomware or accidents.

There’s no denying that Dropbox’s paid tiers offer value for money. For less than £10 per month, you get plenty of storage space and an environment you’re familiar with. It’s just a big jump from free. And that’s always a hard sell – especially if you feel like you’re being forced.

Stuck in the Dropbox ecosystem?

There’s a reason so many software and tech companies offer a free version. It’s there to hook you in. You get invested in the ecosystem and you’re unlikely to leave. Why would you? All your files are in one place, you know how the app works and you’ve set up a bunch of automatic uploads. It’s easy.

Everything’s peachy for a while with your free Dropbox account. Then you realise that you need to access your files on four devices. The horror. Or that you need more than that tiny 2GB storage limit. You’re confronted with a decision – do you upgrade or look for an alternative?

Do you really need to pay for file storage? Could you find a free alternative that offers you more?

Once your life is stored somewhere it’s hard to break free. You’re so used to saving your files to Dropbox that anything else feels like a hassle. The idea of moving everything to a new system fills you with dread.

It’s only when you consider moving that you realise you’re stuck. They’ve got you boxed in. So you’ll stay, right?

Before you reach for your wallet, let’s hit pause. Do you really need to pay for file storage? Could you find a free alternative that offers you more?

We’re sure that the answer is yes, you can. In fact, you might be surprised. There are tons of alternatives to Dropbox out there. If all you need is a little more storage space and no arbitrary device limits, try one of these.

The search engine giant’s cloud storage system is popular for a reason. It’s easy to use and you get a (relatively) big 15GB of storage space. That’s shared with your email account though, so you could hit that limit quickly. 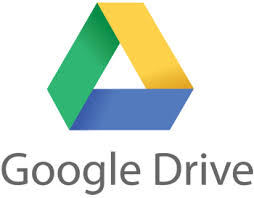 Unlike Dropbox, there’s no device limit. Feel free to go wild and access files on every device you own.

Microsoft’s rival to Dropbox gives you more than double the storage space, at 5GB compared to 2GB. If you’re not a fan of Google, this could be great for you. Like Google Drive, there’s no device limits here either.

Here’s another thing that might tempt you to try OneDrive. Already an Office 365 user? You’ll already have access to 1TB of storage space. Might as well use it, right? 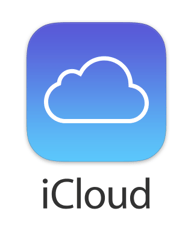 Apple is another big player in the storage space game. You can get 5GB space with a free iCloud plan. This makes a lot of sense if you’re already in the Apple ecosystem. Mind you, chances are that’s already been eaten up by your iPhone or iPad backups.

If you already pay for an iCloud storage plan it makes sense to use some of that to host your files. It’s good for more than app backups and selfies.

Feeling boxed in by Dropbox?

While there are ways to make moving files easier, moving is a hassle. Nobody’s got time for that. Especially if you’ve shared access with other people. Or you backup all your photos automatically.

It’s easier to stay, even if you are limited or guilted into paying for an upgrade. That’s why so many of us will probably grumble and make do. It’s human nature. That’s how they get us.

If it makes you feel better, it looks like this isn’t going to plan for Dropbox either. They’ve just reported the slowest growth in paid users since going public in 2018. It looks like that paid upgrade just isn’t compelling enough for most of us.

Could we see a more generous free Dropbox in the future? Or will Dropbox continue to nudge us towards an upgrade? Only time will tell.

Boris wants full fibre and he wants it now(ish)